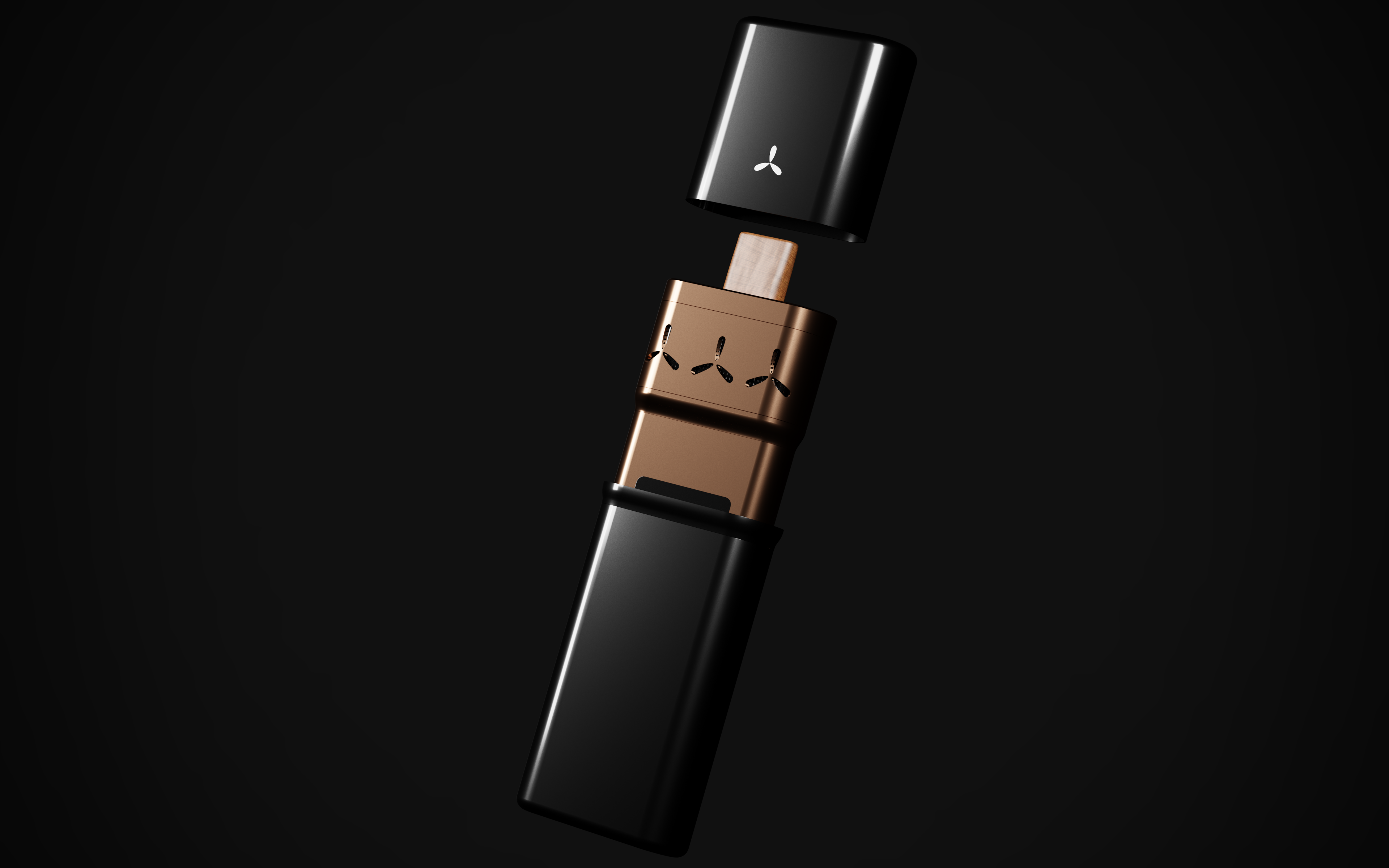 Portable vaporizers for dry herbs enable for usage without the need for a stable power source, making them ideal for traveling. Most portable vaporizers are battery-operated, and the battery must be fully charged before they can be used. Other versions of portable vaporizers, on the other hand, run only on the heat generated by the combustion of butane and do not need the use of power.

Portable vaporizers provide more flexibility and are the recommended form of vaporizer for on-the-go or outdoor activities such as camping, concerts, or any other event where an electrical outlet is not easily available, such as a sporting event.

Portability is a major advantage of portable vaporizers over their desktop equivalents, which often create less vapor because to their smaller size. Portable vaporizers, on the other hand, provide more adaptability, making them the preferred option for many users.

Even though items explicitly manufactured and marketed as portable vaporizers have been on the market since 2007, the notion of portable vaporization has been around for a long time. Using a lighter or butane torch, a flame could be directed towards an improvised chamber containing the herb, which was then heated to the point of vaporization but not yet to the point of combustion.

Eagle Bill Amato, a Cherokee medicine man who is credited with popularizing vaporization via demonstrations at events encouraging cannabis usage, manufactured and sold the first portable herb vaporizer in the United States in 1998. His vaporizer, known as the Shake and Vape, was first introduced in 1994 and consisted of a glass pipe with a herb chamber on top of a bulb, to which a flame was applied. The heated air in the bulb would then evaporate the herb in the chamber, establishing it as the world’s first portable vaporizer of the convection kind.

The Vapir by Air2

The Vapir, manufactured by Air2, was the world’s first electronic vaporizer when it was introduced in 2000. In the Vapir, a plug-in vaporizer connected to a battery pack attachment, which allowed for the use of the device while on the go. The Vapir was also the first portable vaporizer to use a conduction-style heating element, as well as the first to allow for digital temperature control, which reduced the danger of combustion associated with butane-based vaporizers significantly.

Although the device was not economically successful, it did provide the framework for the emergence of digital models in the years that followed. Air2 rebranded as Vapir and renamed their initial model the Vapir Classic, which was formerly known as Air2 Classic. In 2008, they would go on to create the Vapir NO2, which would become the first commercially successful electronic vaporizer.

The classic The Vapor Genie

The non-electric portable vaporizer, which was the first to be extensively advertised and economically successful, was introduced in 2002. The Vapor Genie, as it was known at the time, worked on the same premise as the Shake and Vape, with the heat source coming from an external lighter.

The heat from the flame was transferred via a ceramic filter, which reduced the heat to a level that was adequate to cause vaporization. It is classified as a convection-style vaporizer, much as the Shake and Vape is. The Vapor Genie is still in production and available for purchase today.

In 2008, an Irish firm named Oglesby & Butler introduced the Iolite, which was the world’s first self-contained butane vaporizer that did not need the use of an external lighter to function. The device featured a butane reservoir, and an ignition switch was used to activate a valve in the reservoir, allowing the butane to be ignited and released. As an added feature, the machine was equipped with a temperature sensor that would automatically turn off butane flow once the right temperature was achieved.

As a result of its size and affordability, the Magic Flight Launch Box became instantly popular when it was introduced in 2009. It was a battery-operated vaporizer that was affordable and exceedingly robust, and it was manufactured in the United States.

In addition to the detachable battery, which was designed to look like a typical AA battery, the whole gadget was small enough to fit in the palm of a hand, making it exceedingly covert to operate. Despite its age, the Launch Box remains a favorite option among vaporizing fans today.

Because of the widespread availability of pen vaporizers, the industry has only grown in recent years, with new types and brands being introduced on a regular basis. Known as the Arizer Solo, it was the first high-end portable vaporizer to hit the market in 2011. It had a much bigger herb chamber than any other electronic vape available on the market at the time.

Apollo started when some of the co-founders of a former wholesale brand, Vaporize101, decided to start their own journey in 2013.  Apollo was founded by a team of vape enthusiasts motivated to create affordable luxury in the dry herb vape space where high-end vaporizers are overpriced.

The initial goal was to finally fit outstanding performance in a truly portable, small body. That’s when AirVape was born, the thinnest true vaporizer for the best pocket-fit. In 2015, They had the initial designs for the Airvape Xs, and 2017, AirVape X hits the market to become a great success.

Saint-Bickel, the company that produces the incredibly well-known Volcano vape, joined the portable market with the Crafty and the Mighty in 2014. These two products have since established themselves as the main brands in the portable vaporizer industry. Cloud Vapez, Grenco Science, Pax, Airvape, and the Sidekick by 7th Floor are some of the other prominent portable dry herb vape brands available.

That’s it for today, did you enjoy reading about the best vapes released in history so far? The industry in consistently growing and more will come. Happy vaping!